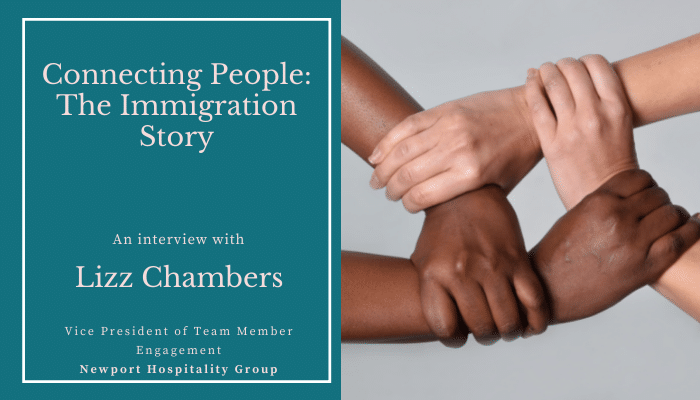 Lizz Chambers, Vice President of Team Member Engagement at Newport Hospitality Group tells us about one of the most impactful campaigns they’ve run on the Mikey App.

We’re expanding very quickly and with HubEngage, employees are able to click and watch these videos of people from different walks of life. They tell us about what it’s like coming to the United States and how they felt about their country, the language in their country, and what it was like in their country. One of the most amazing videos that I have done recently was with a housekeeper at one of our hotels up in Florida and when I asked her what success was like to her she told me that it was getting full political asylum and getting her social security card. She had to speak through an interpreter. She was from Venezuela and I found out that she cleans hotel rooms but she was a successful physician in Venezuela for 30 years. In that interview, she was so excited to be here and so happy to be here. It has touched so many people. Don’t think you really know someone and don’t judge anybody by the position they hold or what they do. I mean it’s just it was wonderful and HubEngage allowed me to do that.

Storytelling 101: How Wynn Resorts Used This Tactic to Create a Successful Brand

Employee storytelling has become an effective tactic to increase employee communication and engagement. Collecting these…

The term "employee engagement" covers a wide variety of factors and potential solutions. However, using…

HR and internal communications are tasked with keeping employees engaged, informed, and productive. With the…